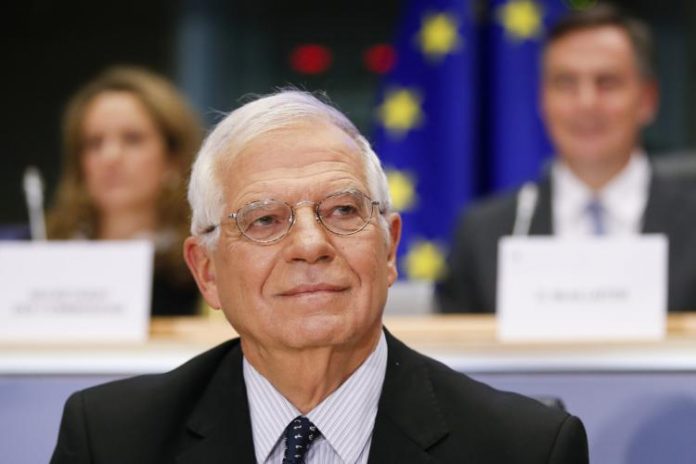 On Wednesday 22 July, EU High Representative/Vice-President, Josep Borrell, held a three-way phone call with Zohrab Mnatsakanyan, Armenian Foreign Minister, and Jeyhun Bayramov, the newly-appointed Azerbaijani Minister of Foreign Affairs, to discuss the recent armed confrontations along the international state border between the two countries. This was the first such call that brought together the High Representative/Vice-President and the two Foreign Ministers simultaneously, following the separate telephone call that took place on 13 July.

The High Representative/Vice-President conveyed his condolences to the families of those killed and wished a speedy recovery to those who were injured.

During their discussions, Josep Borrell urged both sides to stop the armed confrontation and to refrain from action and rhetoric that provoke tension, in particular from any further threats to critical infrastructure in the region. He stressed that all regional actors should contribute to this peaceful goal.

The High Representative/Vice-President encouraged both sides to reaffirm their commitment to a ceasefire and undertake immediate measures to prevent further escalation. In this context, Armenia and Azerbaijan should make use of their mechanism for direct communication, the established format led by the OSCE Minsk Group Co-Chairs, as well as the Personal Representative of the OSCE Chairperson-in-Office. He also stressed the need for meaningful re-engagement in substantive negotiations on the key aspects of the Nagorno-Karabakh conflict settlement under the auspices of the Co-Chairs; both ministers concurred on this. He also highlighted the urgency of resuming the OSCE monitoring on the ground, as soon as conditions allow.

ABOUT THE ARMENIAN ALPHABET