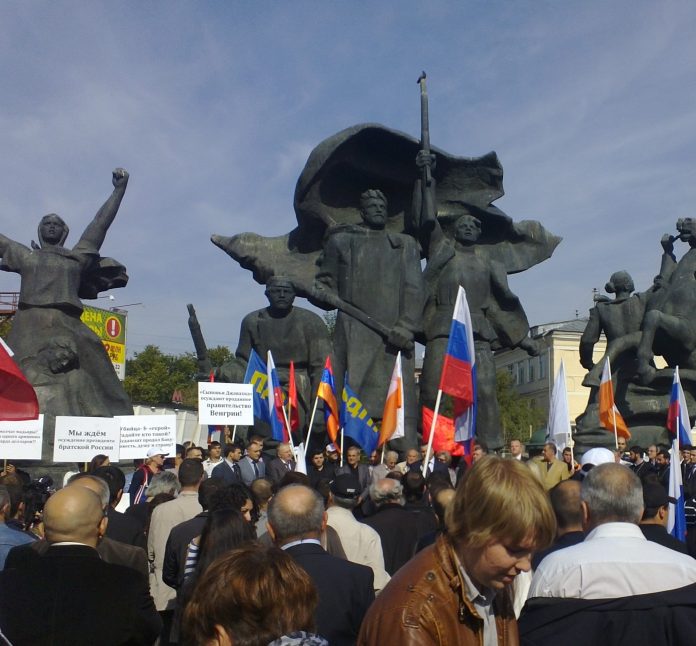 Every time I hear the shabby and cynical questions of foreign politicians about the concessions to be made by Armenia on the Artsakh issue, I want to shout, scream, cry: what are you talking about, leather head gentlemen. You, who pass the hatred of Armenians in your gene from generation to generation, who for centuries have accepted power and wealth as a religion, who only worship interest and income, whatever you want to establish?

It is not new that we should understand that the owners of the world have turned their backs on the Armenian people for centuries. And you, Mr. Hard talker, before the interview, did you bother to understand from a purely human point of view what you are forcing or expecting from a people from whom others have taken, stolen, conquered, captured, massacred, betrayed and robbed for centuries who were enemies, as well as friends.

By the way, tough debater, if you want to know, your country and the whole world should apologize to my country. Many countries have played a nasty role in the greatest and most monstrous crime of the last century, some as participants and others as silent collaborators. I am very interested in whether the hard talker is aware of Ramil Safarov and his crime. Please take a minute from your precious time to access Wikipedia and read: “During a NATO-sponsored training seminar in Budapest, Safarov broke into Margaryan’s dormitory room at night and axed Gurgen Margaryan to death while he was asleep.

In 2006, Safarov was convicted of first-degree murder and sentenced to life imprisonment in Hungary with a minimum incarceration period of 30 years. After his request under the Strasbourg Convention, he was extradited on August 31, 2012 to Azerbaijan, where he was greeted as a hero, pardoned by Azerbaijani President Ilham Aliyev despite assurances made to Hungary, promoted to the rank of major and given an apartment and over eight years of back pay. According to Azerbaijani authorities, Safarov was pardoned in compliance with Article 12 of the convention.

Following Safarov’s pardon, Armenia severed diplomatic relations with Hungary and immediate protests broke out in Yerevan. The extradition was widely condemned by international organizations and governments of many countries, including the US, Russia and France”.

This is the description and depiction of our enemy- neighboring country, which unfortunately has nothing to do with the intelligence. This is the kind of crime that is being committed in front of all of you, and you are now deceptive asking for things about peace and concessions. And now the hard question is, if after the concessions imagined by you, the Armenian side, an entire nation, God forbid, gets the same fate as Armenian Army Lieutenant Gurgen Margaryan, and the whole world becomes a silent accomplice again in the role of an observer, you will have the answer or, to say, that you are not interested in anything else?

We only live outside Armenia physically, we are always in Armenia in our hearts. Elina Mir